She worked in Brasil as a project engineer with Ishibras, a brasilian subsidiary of Ishikawajima Harima, Tokyo and with Planave S.A., Rio de Janeiro in the range of port projects.

With a scholarship from the Krupp foundation she completed an internship at PHB-Weserhütte Anlagenbau in Cologne and worked as design engineer with Siempelkamp Maschinen- und Anlagenbau in Krefeld.

Marcia joined Interfinanz in July 2010 as advisor and was appointed  as Managing Director in June 2019. 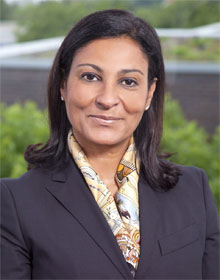